Having emerged in New York’s East Village Art scene in the early 1980s, Peter Halley is best known for his brightly colored, geometric paintings made of Roll-a-Tex, a textured paint used for decoration, as well as florescent Day-Glo paints. Developing his own visual lexicon, Halley engages in a play of relationships between what he calls “prisons” and “cells”—composed of rectangular shapes and vertical bars—evocative of geometric networks from the urban grid to high-rise apartment buildings to electromagnetic conduits. While his rigid planes of color, unitary shapes, and non-hierarchical compositions nod toward Minimalism, by transforming the Minimalist square into a prison cell, Halley’s works call the supposed neutrality of such art into question. 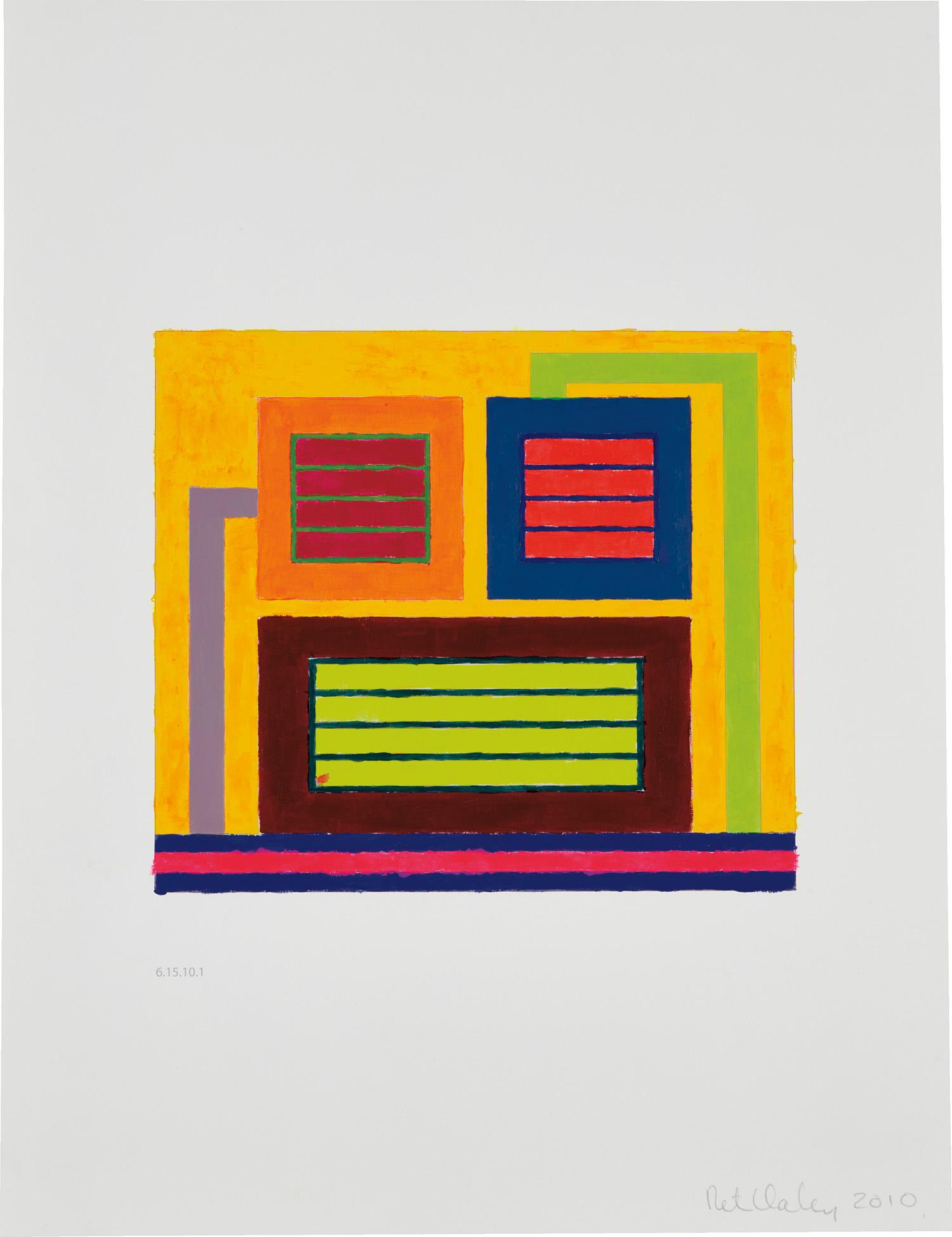